The Emotional Drama Behind Ancient Rome’s Theatre of Marcellus 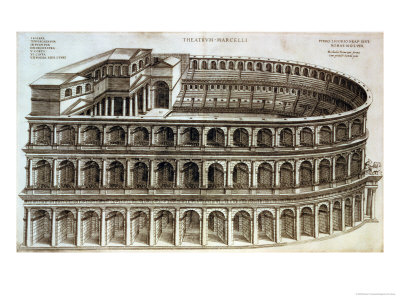 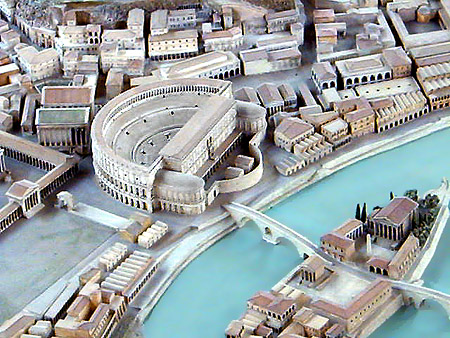 Ancient Rome was going to get a new theatre; this was never in any doubt. Julius Caesar acquired and cleared the land on the shore of the Tiber River. However, his grand designs for the place were frustrated by his untimely assassination. Still, what are a few fatal dagger holes to the plans of an immortal? He was proclaimed, in death, to have ascended to the heavens as a god, and Augustus, his heir, continued on with the plan to build a theatre.

At some point, the project appears to have been delegated to the emperor’s young nephew, Marcellus. Now, the handsome young Marcellus wasn’t just the nephew of the emperor; he was also married to the emperor’s daughter, Julia. This made him the heir apparent. And if you wanted to be seen as an up and coming politician in ancient Rome, it behooved you to build a public building or two. Where Marcellus was supposed to have come up with the fortune to build the theatre is uncertain, but his mother, ambitious on his behalf, may have loaned him the coin.

Unfortunately for Rome, Marcellus had the bad grace to die unexpectedly of a fever or by drowning or some combination of the two. All of Rome agreed that it was tragically sad and Augustus was obliged to promise that he would complete the theatre as a memorial to his dead nephew and son-in-law. By transforming it from a simple donation of a wealthy patrician into a tribute to a dead member of the imperial family, the emperor may have imbued the building with much sentimentality. Sketch of the Theatre from the Side

After all, a number of women in Rome mourned the death of Marcellus. Certainly, his mother Octavia would grieve for him the rest of her life; she died not long after the theatre was finally dedicated in her son’s name. The widow Julia may have had some special attachment to the theatre as well, especially considering her reputation as a patroness of the arts. Then there are the sisters of Marcellus–the Marcelli, the Antonias, and perhaps even a step-sister by the name of Cleopatra Selene.

The theatre was a massive undertaking, beautified by elaborate columns and white travertine. Designed to accommodate more than 11,000 people, it kept workers busy for years. Unfortunately, they didn’t work fast enough. By the time Augustus returned to Rome in 17 BC to celebrate the Secular Games and declare the beginning of a Golden Age, the theatre wasn’t finished. This had to be enormously frustrating for the imperial family as they were attempting to set themselves apart as a sacrosanct royal unit. In any case, the fact that the theatre wasn’t ready to be dedicated in the name of their beloved Marcellus did not deter the emperor. Interior view. Which seats would you want?

Several performances and events were held in the unfinished theatre as part of the celebration as I will detail in my third and final novel in my series about Cleopatra’s daughter.

As someone who writes in ancient history, I sometimes feel myself disadvantaged. I envy those English history authors who can actually walk through in-tact castles. For me, this kind of reconstruction is the next best thing. I love being able to visualize the places my heroine may have walked. The places she’d have spent her time in Rome. The places all the little dramas of her life may have unfolded.

Now, the stage is set…and I’d better write the scene.