It gives me great pleasure to introduce another semi-finalists for the Cleopatra Writing Contest for Young Women. Emily’s interview delighted me. I think I’ve found a kindred spirit! Over the course of the next few months I’ll be featuring these young ladies and I hope you’ll make them feel welcome and help encourage their craft. 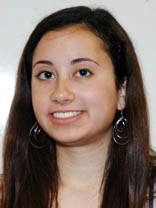 Emily Cutler is a senior at Indian Springs School in Birmingham, Alabama.  Her two greatest passions are foreign languages and creative writing.  After she graduates next year, she will have completed level five in Latin, Spanish, and French.

She is also an avid creative writer with works published in literary magazines of the University of Michigan, the University of Alabama at Birmingham, and New York University as well as in the inaugural print issue of the Able Muse Review.  Her poetry, fiction, and plays have received awards including three Gold Keys from the Scholastic Art and Writing Awards, two first places from the Alabama Writers’ Forum High School Literary Awards, and recognition from the Alabama Shakespeare Festival Young Southern Writers’ Project.  In her spare time, Emily enjoys volunteering as an assistant ESL teacher, reading, and playing the piano.

The judges thought your piece To Virgil was extremely clever. Can you tell us a little bit about this piece.

In To Virgil, Dido stands up to Virgil about the underlying sexism in The Aeneid.

What prompted you to write it?
Having studied Latin for all of high school so far, I’ve read several works by the classical authors.  One aspect that has always bothered me is that female characters are often portrayed as weak and passive.  After finishing The Aeneid, I decided that I’d like to give Dido a chance to speak for herself and take a more active role.  I wanted to present a stronger side of her to perhaps change the perception of heroines from ancient times.

The Aeneid–with particular emphasis on Queen Dido–appears in both my novels Lily of the Nile and Song of the Nile. I think my heroine, Cleopatra Selene, would have loved your snarky poem and wished she wrote it herself. If you were to rewrite Virgil’s poem, how might your version go?
Dido would definitely take more of an active role.  I don’t think she would let Aeneas go so quickly-; instead, she would most likely set sail with him and help with the founding of Rome, maybe assisting in the final battle and defeating Turnus.  In addition, I would give female characters such as Princess Lavinia more of a role instead of allowing the male characters to decide their destinies.

What’s your favorite subject in school?
My favorite subject is Spanish.  When I first started taking Spanish, I loved it because of the logic of the grammar and the connections between Spanish words and their Latin roots.  As I’ve practiced more and more, I’ve been able to use Spanish in my community, such as with my ESL students and at the clinic where I volunteer.  I love being able to connect with more people.  Spanish has also greatly benefitted my creative writing, as it enables me to read literature from an entirely different culture and perspective.

Tell us about your home town.
My hometown is Birmingham, Alabama.  To me the most unique aspect of Birmingham is its rich history with the Civil Rights Movement.  Growing up I always learned to appreciate the way race relations are now, as so many people had to fight for equality in the past and still have to.  Living in Birmingham, the location of so many major events in the Civil Rights Movement, has taught me the importance of standing up for what’s right.

What kind of author do you want to be?
My favorite type of writing is actually plays.  I love the idea of giving an audience the opportunity to look at an issue or character in a new light.  I definitely hope to incorporate feminism into my plays and challenge conventional perspectives on gender roles.  The best playwriting advice I’ve ever received was from my teacher at the Sewanee Young Writers’ Conference, David Roby, who said that every character needs to be active.  I strive to create active characters who stand up for what they believe in.

Is there a woman in your life who has helped guide you towards a better future? Is there anything you’d like to say to her or about her?
My mother has definitely been a great role model to me.  She has always encouraged me to work hard and try my best in school and to strive for what I am passionate about.  She is always helpful and caring to everyone around her; because of her I have learned the value of being a true friend.  Another role model has been my Spanish teacher, Dra. Martinez.  She has inspired me to continue with my Spanish and is a major influence in my aspirations to become a Spanish teacher.  She has also greatly encouraged me to stand up for what I believe in and stay strong in my values.

And now, for our lightning round. Which do you prefer?

(Oh well. The Ptolemies can’t win them all. Even on my site.)

Does anyone else have a question or two for Emily?