by Stephanie Dray | Mar 3, 2011 | Cleopatra Selene, Daughters of the Nile, For Readers, Heroines, Lily of the Nile, Research, Song of the Nile | 13 comments 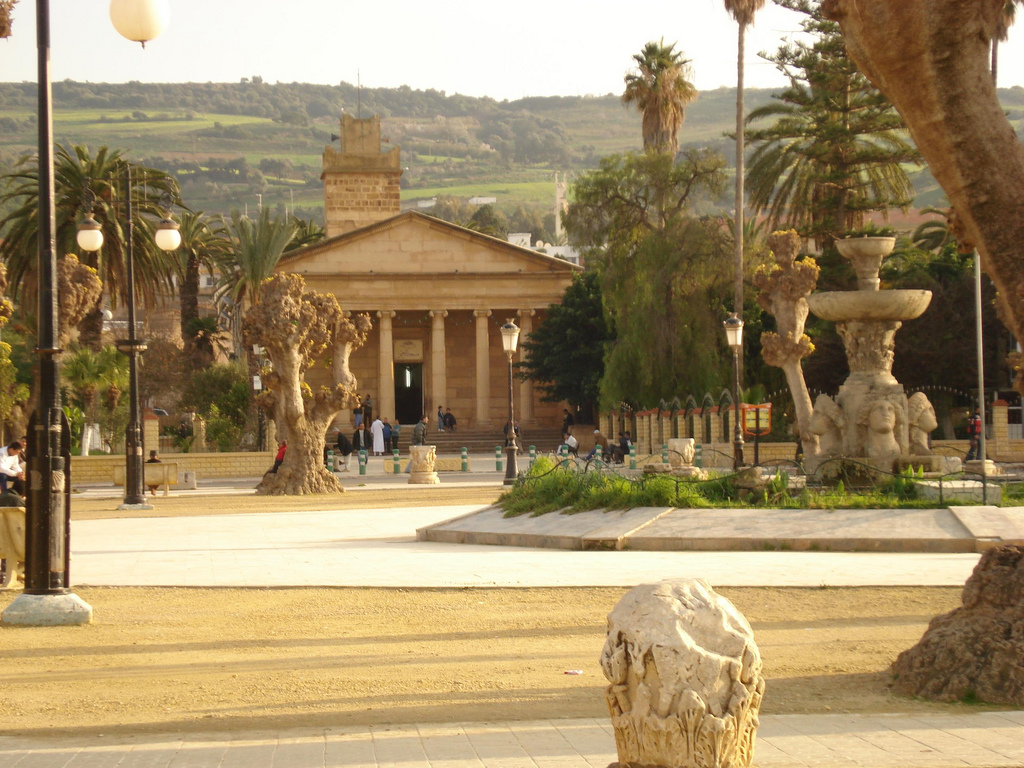 The capital city of ancient Mauretania was Iol-Caesaria, which is located in modern day Cherchell, Algeria. It often helps me, when I’m writing, to have visual reminders of where my characters lived–to make the setting come alive. Frankly, very little of Selene and Juba’s reign remains. The ruins of an amphitheater where games were held has been identified as well as an outdoor theater carved into a hillside–either Juba and Selene started building this before the more advanced Roman architecture for a theater came to prominence, or Selene’s Alexandrian influence had its way.

How Romanized Iol-Caesarea looked must be constructed largely from the imagination, but I thought I’d share some of the photos with you. These are courtesy of Jean-Pierre Dalbéra or otherwise available in the public domain or for fair use. This Roman building would later be used as a mosque by the Arabs, but it’s interesting to theorize what it may have been used for during Selene’s time. The picture also includes a fountain within the park, complete with classical statuary. This is the remains of the mammoth tomb that Juba II and Cleopatra Selene are believed to have been buried in. While some of the construction style is said to have an older Berber cast to it, the rest is reminiscent of styles adopted by the Greeks and by Augustus, in particular. It may have been built on an older foundation. Unfortunately, the monument has been badly damaged by subsequent cultural invasions and it is believed to have been used for target practice by the French. Note the very wide avenue marked off by columns. The building at the end of the path shows a later, Arab influence, but the terra-cotta rooftops would have been the same in Selene’s time. This is the museum that now houses the statues and relics that remain of Romanized Mauretania.