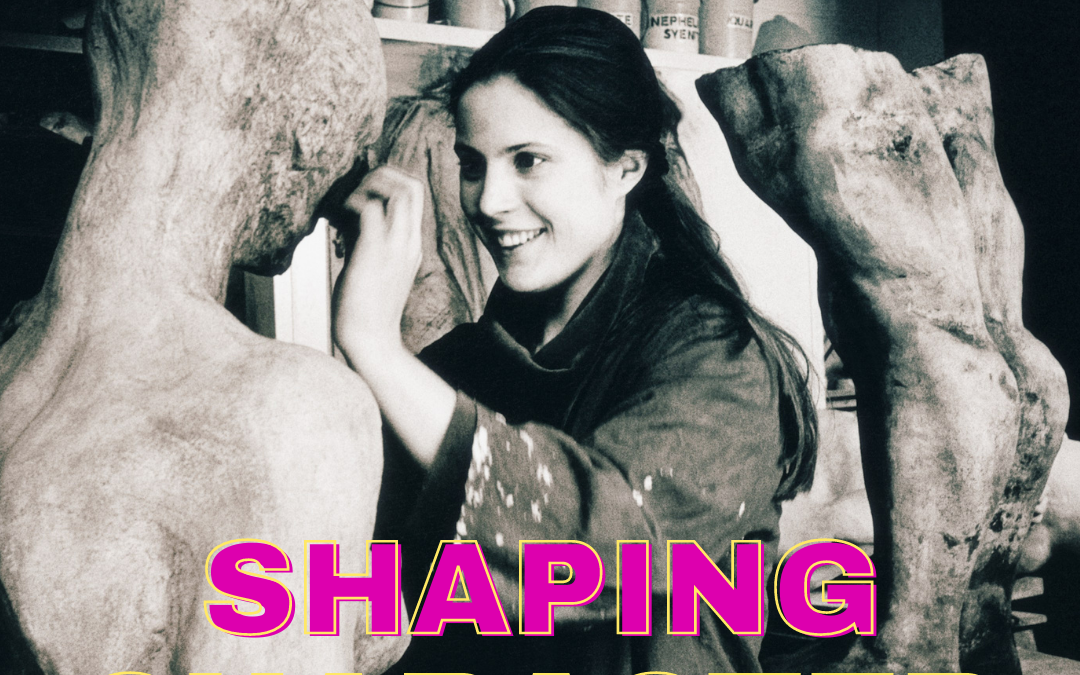 If you’re writing a historical fiction novel that features characters you made up out of whole cloth, congratulations! Your job is, paradoxically, a thousand times easier than writing about someone who actually existed. The reason for this is simple. Shaping a character arc for a fictional character in a historical fiction novel is exactly like shaping a character arc for any other character in any other genre. There are myriad resources out there for you.

But if the main character in your novel is an actual historical figure you’ve got two jobs to do, and almost no resources to guide you…except instinct, other historical authors and me! So what are the two jobs you have? In commercial fiction, almost every protagonist has an epiphany. That is to say, their experiences over the course of the book not only change them, but change their fundamental beliefs in some way. Or bring them to a new, and often profound, realization.

For my own heroine in the Nile series the hard truths she had to swallow included the fact that she could only be free of the emperor Augustus if she gave up her claim to Egypt. It took her three books to really internalize that. And I chose that as the lesson she needed to learn precisely because the historic daughter of Cleopatra was unable to reclaim her mother’s throne. I could have made it a story about her profound failure–as she herself likely saw it. But that’s a pretty big bummer and readers tend to reject books that make them consider the futility of life.

They often get angry when good doesn’t triumph over evil. In fact, 99% of commercial fiction involves a likable protagonist who finds a happy ending. And that’s a difficult hurdle when we’re working with history, in which many of the people we’re so fascinated by were despicable, beheaded, lost their thrones, or otherwise failed in their ambitions.

Now, it’s perfectly possible to write great historical fiction with a downer of an ending. And certain historical figures require it. For example, everyone knows that Cleopatra committed suicide. But when Margaret George wrote about it in Memoirs of Cleopatra, she portrayed that suicide as an act of defiance. In other words, she re-defined the victory conditions for her character.

And that’s the way to do it. The trick is to shape a character arc that re-defines a happy or optimistic ending.

The first thing you need to decide is whether or not you’re covering a character’s entire life or a portion of it. For a long time, the historical fiction genre was dominated by long biographical life sketches. But sometimes taking a bite out of a person’s life is wiser. First, it cuts down on the number of years you have to cover and hopefully eliminates the need for a child narrator. Second, it allows you to allow your character to grow within the confines of a specific incident or set of incidents.

I remember reading Anne Easter Smith’s Daughter of York, which ends quite swooningly, with our heroine victoriously sailing off to be with the love of her life. It ends there, of course, because historically speaking, the love of her life was executed shortly thereafter. And if the author had kept going, it’d have been a different book entirely. One that ended in tragedy.

That said, this is a tricky technique to get away with. It’s advisable to shape the struggle of a character within the book so that his or her tragic death can’t change it. Ie. Cleopatra’s suicide being defiance against an emperor she outsmarted in the end.

Where do I Start?

You begin–always–by asking yourself one big question: What does my character want?

All stories are really about a simple premise: someone wants something and something stands in the way of them getting it. Your story tells the reader how they either succeed or fail to get what they want. All things in a story flow from that. So, without further ado…

What Does My Character Want?

Sometimes history will dictate this to you. What does Thomas Jefferson want in America’s First Daughter? He wants to win the Revolutionary War. But that’s not all he wants.

Within the framework of historical fiction, you get to be very creative about the deep-seated and maybe secret desires at play. The one exception to this is Thomas Jefferson. That’s why I used him as an example. Because he’s so well-known, so loved, so hated, and so well-documented a historical figure that there’s literally no way to speculate about his private goals without courting criticism. My co-author and I trembled every time we put a word into Jefferson’s mouth that we couldn’t find in one of his letters. (Fortunately, he wrote a lot of letters.)

But most of you will be too wise to get anywhere near a figure like Thomas Jefferson. You’ll likely tackle ancient kings, or medieval queens, or 19th century gangsters. People whose lives are not known in such excruciating detail that you would have to defend every choice of inner thought you made. And that’s a good thing.

Because it means you can answer the question any way you want. What does my character want?

Your Character Should Want Something Worthy

Would you read a book about a guy who wants a ham sandwich? I wouldn’t. Readers want to know that the protagonist of your story wants something worth having. To help you think this through, here are some of the goals from my own books:

Villains are Characters Too

Lots of money has been made in Hollywood by pitting a good character against an evil character–especially a twisty-mustache evil guy. But real villains seldom think they are. My villain in the Nile series, Augustus Caesar, thinks that everything he does is for the good of Rome. He is trying to build an empire and bring about the peace…and if that means Cleopatra’s children have to die, so be it.

The best stories–the absolute best ones–are not about good versus evil, or even evil versus evil. They are about good versus good. If you can come up with a story about two people whose goals are diametrically oppose to one another, but both have very good and understandable reasons for their actions, you will be half of the way to having written a masterpiece.

Characters Are What They Do

One of the most powerful moments in the history of film–whatever else you might think of the movie–is the opening sequence of RAIDERS OF THE LOST ARC, which is a historical fiction, by the way. Of a sort.

The strength of the opening is that we first see our protagonist trying to get an artifact from an ancient temple. We see him carefully weighing sand to see if he can approximate the weight of the treasure so as not to set off traps. We see that he’s smart. He does his homework. He’s probably done this before.

For a moment, it looks as if he guessed right, and he gives us a cocky grin. We learn that he’s got some swagger.

Then it turns out he guessed wrong. Disastrously wrong. And all the traps start going off. Our protagonist then throws caution to the wind and starts running like a maniac, dashing arrows. We learn that he’s lucky. Agile. Quick on his feet!

He’s immediately caught on the wrong side of a trench that can only be crossed by use of a whip and his companion says, “Throw me the idol and I’ll throw you the whip.” Our protagonist doesn’t like it, but he does it. We learn that he values his life more than the treasure. We also learn that maybe he’s more trusting than he ought to be.

His partner immediately betrays him, and our protagonist wastes no time in leaping over the chasm, struggling to get out. We learn what kind of raw grit the man has. Then we see him encounter the dead body of the man who just betrayed him and left him for dead.

And we see an almost regretful expression. Which tells us that in spite of all this swagger, he is humane. He has a good heart.

This is 2 minutes of film. 2 minutes that tell us all we need to know in order to root for this protagonist. The next two sequences in this film are just as efficient at broadening what we know about our protagonist, but it took only two minutes to establish character because character is what you do.

Finally, how will your character change?

This is the number one question you need to answer for fiction. And it will become plot. Often authors will write things like, “My character will become more hardened.” That’s kind of a cop out. What you really want is to identify the belief of your character that has changed. And new beliefs will guide you.

So that’s how you get a character arc in historical fiction. Or at least how you pound one into shape.