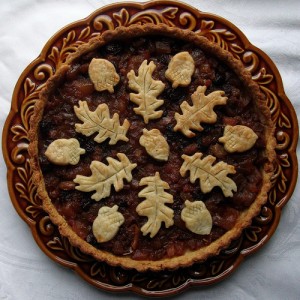 One of the most fascinating research topics for Eromenos involved food: What foods were available, how those foods were prepared, and how members of the imperial court ate, especially in comparison with the citizens in the street—all of this gastronomic information provided great insight into what daily life was like in second-century Rome.

The Roman Empire had attained its zenith of wealth and power during the reign of Hadrian, the fourteenth emperor, and the Roman marketplace reflected this wide-flung dominion in the range and price of delicacies to be found in the stalls of Trajan’s Forum, including cheeses, olives and olive oil, herbs, fruits, nuts, honey, wine, fish sauce, fresh fish, smoked and dried fish, eels, shellfish, poultry, game, meats, sausages, and fresh baked bread. (Egypt served as the source of Imperial Rome’s breadbasket, providing about eight tons of grain per week to meet the Empire’s needs.)

Then there were the exotic spices, used not only to enhance cooking but also to provide fragrance for luxury products such as perfumes and scented hair pomades, that were brought to Rome by spice merchants who already had established a spice route to and from Asia and the East: frankincense, myrrh, ginger, turmeric, cloves, camphor, sandalwood, cardamom, sesame, cinnamon, nutmeg, and pepper.

Imperial feasts, often underwritten by rich citizens who hoped to gain favor with the emperor, might include such exotic fare as hummingbirds, thrush tongues, dormice (often honey-roasted), caviar, crayfish, snails, oysters, eels, wild game, and exotic, expensive fruits and vegetables such as peaches and artichokes. Fine wines, such as Falernian, often were served chilled, via snow brought from distant mountains at great expense to the banquet sponsors for just that purpose. Hadrian himself, however, often passed on rich fare in order to dine more simply on grilled fish or lamb with olives and bread, such as he had eaten as a soldier.

The citizens, too, ate simpler fare. For the average citizen, a soup made with day-old bread stewed with beans and grain and topped with olive oil and herbs (a recipe that sounds quite similar to ribollita, a hearty soup still made in Italy) would have been a common daily ration. Although they did without modern conveniences such as gas and electric ranges and refrigeration, they still found many ways to both prepare and preserve their foods (meat, for example, might be salted, or even preserved by full immersion in honey).

A Roman cookbook attributed to Apicius, a gourmet who lived during the first century AD, survives today in various Latin, German, Italian and English translations, and now is available to the public online as an ebook, courtesy of Project Gutenberg.

Here’s one of the ancient recipes still preserved in its pages—a Roman version of mincemeat, Recipe No. 169 from Book IV, Chapter III:

In a sauce pan put oil, broth and wine, finely cut shallots, diced cooked pork shoulder. When this is cooked, crush pepper, cumin, dry mint, dill, moisten with honey, broth, raisin wine [and] a little vinegar, some of the gravy of the above morsels, add fruits the seeds of which have been taken out. Let boil. When thoroughly cooked, skim, bind, sprinkle with pepper and serve.

Stephanie, thank you so much for hosting & letting me participate in the food sessions, and I wish you and your readers the happiest of holidays!

Bio: Melanie McDonald was awarded a 2008 Hawthornden Fellowship for Eromenos. She has an MFA from the University of Arkansas. Her short stories have appeared in New York Stories, Fugue, Indigenous Fiction, and online. An Arkansas native whose Campbell ancestors were Highland Scots, she now lives in Virginia with her husband, Kevin McDonald, the author of Above the Clouds: Managing Risk in the World of Cloud Computing.