Celebrating With Spirits: Ritual Wines and Ales of the Dark Ages #tastytuesday 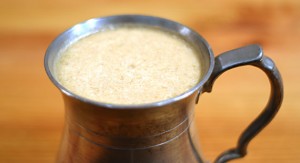 Prophecy and magic are essential elements in THE WELL OF TEARS (Amazon Publishing/47North, Spring 2012), an epic historical fantasy set in early 10th century Wales. And, as was true of the ancient agrarian based religions of the time, food and drink are essential elements in both social tradition and spiritual practice. This is especially true in observing important seasonal events.

Mulled wines and spiced ales have been on the holiday menu for centuries. References to celebratory spirits such as pimen and hippocras date to the early days of the Roman Empire, often also attributed with medicinal and aphrodisiacal properties. Although Pagan traditions in Britain began to disappear or become absorbed into Christian practice after the 3rd century, recipes for ritual beverages continued to appear in descriptions of ancient rites through the Dark Ages and beyond. Spirits have also long been noted as recommended treatment for everyday ailments from the common cold to gout and depression. Clearly, a nip now and then has been a part of the human experience since the beginning of recorded history.

Early mentions of aleberry (ale + bree [broth]), a domestic remedy for cold or flu, were so intriguing that the brew soon became a favorite guilty pleasure of my heroine. Made by boiling ale with nutmeg, cinnamon, sugar and bread sops, the concoction is strained and drunk hot. While a true recipe for the drink was not to be discovered, aleberry is similar to other beverages referred to in Medieval texts. To include the drink in the setting details of a story taking place in the early 10th century seemed most appropriate, although it was necessary to ’borrow’ a recipe from a similar beverage that still is used today.

Lamb’s Wool is ale mulled with spices and sugar mixed with the pulp of roasted apples. The fruity pulp creates a lumpy froth that is said to resemble the wool of a lamb. A traditional beverage still today enjoyed on Halloween, Christmas Eve and Twelfth Night, Lamb’s Wool was first a pagan ritual beverage used for ‘apple howling’ or wassailing. In the ceremonial blessing of the orchard, which occurred during the winter solstice, the drink was poured on the ground and on the trunks of trees to awaken the first stirrings of life in the land and chase away evils spirits. Thus, the next season’s bountiful harvest was ensured. The ritual pouring took place amidst the chant of ‘waes hael’, (OE., ‘be well’ or ‘good health‘)–today recognized as wassail.

Below is a contemporary, Americanized version of a more traditional Old English recipe that is quick and easy to make. If you’d like to try your hand at the more authentic old-world brew, click here:  http://recipewise.co.uk/lambswool

Preheat oven to 350 degrees. In a casserole dish, bake apples and butter for 30 or until the apples are soft.

In a large saucepan combine: apples, beer, brown sugar and spices. Heat until hot, and serve (unstrained) in mugs.

Roberta Trahan is the author of the forthcoming epic fantasy THE WELL OF TEARS (Amazon Publishing/47North, Spring 2012), an alternative history set against the tumultuous backdrop of 10th century Wales. By weaving threads of legend, magic, and adventure into the existing historical tapestry, Roberta creates a world within a world that is as believable as it is mystifying.

To learn more about Roberta and THE WELL OF TEARS, visit www.robertatrahan.com .