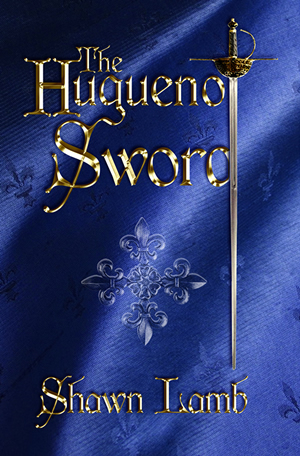 Food in northern France was usually hearty and heavier to sustain people in cooler weather, relying on game, sauces and cheeses. The central region is where Dijon and Burgundy are located, thus mustards and wine were included in the cuisine. The southern part of France has a Mediterranean influence with more oil and fish and a bit lighter than the central and northern parts of the country.

The uniqueness that has become French cooking of today, evolved over centuries and was influenced by the influx of chefs brought to the country by monarchs from different countries, usually by queens, who longed for the taste of home. But don’t mention this fact to modern French chef, as national pride will make them threaten you with a cleaver.

Several kings attempted to unify France, but the one to most succeed in that effort was King Henri IV. His first wife, Marguerite, was the daughter of Catherine de Medici. Catherine was instrumental in bringing Florentine cooks to France. They introduced the used of butter and truffles that dominate today’s French cooking. Their techniques in preparation far exceeded the French chefs at Court, while presentation was raised to a level of importance. The use of aspics was unheard of until they introduced them, along with spices to enhance flavor rather than mask it.

After Henri’s failed marriage to Marguerite, he married Marie de Medici, Catherine’s younger cousin. She gave birth to a son, Louis XIII. She also entranced the dominance of Florentine chefs at Court.  It wouldn’t be until her grandson, Louis XIV, the Sun King, when French chefs began to assert themselves and take what they learned and made it French Cuisine.

So when dealing with historical fiction, the food, if presented in the story, must be specific to a region and time period.  Still, in general food preparation for the common folk of the 17th century didn’t vary much. Spices were limited in availability and could be expensive, which accounts for the commonality of basil, mint, garlic and thyme, which most people could grow.  Thus, one won’t find much difference between a Dutch Lamb Stew and a French Lamb Stew of the time. It is with the nobility and feasts of Court where the most variety is found. Bio: Shawn is the author of The Huguenot Sword, a 17th century historical fiction and the YA fantasy series Allon. She once wrote for Filmation’s series BraveStarr, produced by the same studio that did He-Man and She-Ra. She won several screenwriting awards including a Certificate of Merit from the American Association of Screenwriters. Recently she became a winner in The Authors Show contest 50 Great Writers You Should Be Reading for 2011. Shawn currently lives in Nashville with her husband Rob and their daughter, Briana.