I’m always on the lookout for brand new books about women at the center of politics who make decisions that impact history. And this one has a touch of magic-realism, too, which is right up my alley. I’m excited to read it and I thought you might too. 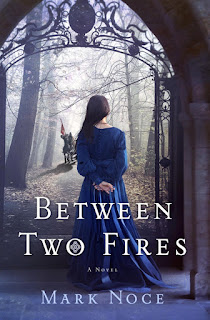 Praise from Bestselling Authors for Between Two Fires
“A spirited ride through a turbulent slice of Welsh history!”
– Paula Brackston, NYT Bestselling author of The Witch’s Daughter
“A fast-paced read that has a wonderfully visual style and some memorable characters. Mark Noce combines Welsh history with a touch of folkloric magic in this promising debut novel. Lady Branwen is a strong and engaging narrator and the turbulent setting of early medieval Wales makes a fine backdrop for an action-packed story.”
– Juliet Marillier, Bestselling author of Daughter of the Forest and
Wolfskin
Synopsis of Between Two Fires
Saxon barbarians threaten to destroy medieval Wales. Lady Branwen becomes Wales’ last hope to unite their divided kingdoms when her father betroths her to a powerful Welsh warlord, the Hammer King. But this fledgling alliance is fraught with enemies from within and without as Branwen herself becomes the target of assassinations and courtly intrigue. A young woman in a world of fierce warriors, she seeks to assert her own authority and preserve Wales against the barbarians. But when she falls for a young hedge knight named Artagan her world threatens to tear itself apart. Caught between her duty to her people and her love of a man she cannot have, Branwen must choose whether to preserve her royal marriage or to follow her heart. Somehow she must save her people and remain true to herself, before Saxon invaders and a mysterious traitor try to destroy her.
Places to Order Between Two Fires
Release Date:
August 23, 2016
Amazon/
Amazon
Kindle/ Barnes
& Noble/ Barnes
& Noble Nook/ iTunes/
IndieBound/ Thomas Dunne Books 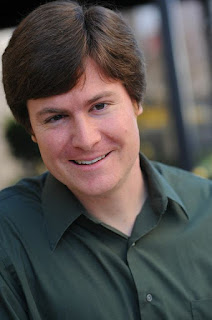 Bio
Mark Noce writes historical fiction with a passion, and eagerly reads everything from fantasy to literature. Born and raised in the San Francisco Bay Area, he’s an avid traveler and backpacker, particularly in Europe and North America. He earned his BA and MA from Cal Poly, San Luis Obispo, where he also met his beautiful wife. By day, he works as a Technical Writer, having spent much of his career at places like Google and Facebook. In addition to writing novels, he also writes short fiction online. When not reading or writing, he’s probably listening to U2, sailing his dad’s boat, or gardening with his family. His debut novel, Between Two Fires, is being published by Thomas Dunne Books (an imprint of St. Martin’s Press and Macmillan). It is the first in a series of historical fiction novels set in
medieval Wales.
Social Media Links
Marknoce.com
Twitter/ Facebook (author page)/ Goodreads/
LinkedIn/
Google+/ Thunderclap Campaign