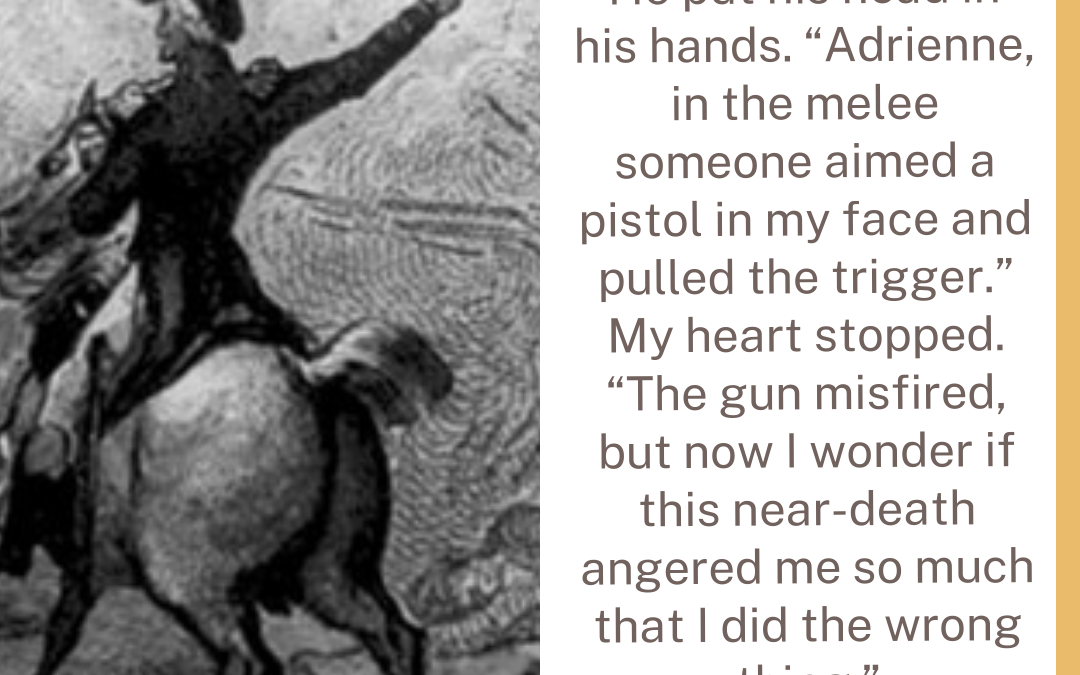 This week marks a sad anniversary of the so-called Champs de Mars Massacre in Paris France, on July 17, 1791.

The country was ostensibly a constitutional monarchy, but the king and the royal family had just fled Paris, only to be recognized on the road, and returned to Paris by Lafayette’s men. Revolutionary France was in such an uproar over this–and the implication that the king was attempting to raise a counter-revolution that would restore him to absolute power–that it threatened the constitution people had fought and bled to institute for more than two years. Thus, the National Constituent Assembly put out a transparent falsehood–that being that the royals had been kidnapped against their wills. The prevailing belief was that pretending the king had not just attempted to overthrow the constitutional order was the only way to save the king’s life, not to mention, save the country from more upheaval.

It was also one of the only times my research ever turned up an example of Lafayette being willing to go along with what he surely knew was a lie. Certainly everyone else knew it, and thus a petition was drawn up to remove the king. Many people in France, including the Marquis de Condorcet and his wife Sophie–both featured in my novel Ribbons of Scarlet–believed that since the king apparently had no use for a constitutional monarchy, why should they have any use for a king? Why not have an American style republic?

More than fifty-thousand people showed up on the Champs de Mars to sign that petition. Then two individuals were found hiding beneath the altar, and everything went sideways. Some said these two were sexual deviants intent on getting peeks up the ladies dresses. Others said they were intent upon setting off explosions. Others maintain they were simply vagrants. Whatever the truth of their purpose there, the crowd hauled them up and hanged them while Lafayette’s National Guards tried, unsuccessfully, to stop them. He also attempted to disperse the crowds, but they kept returning in larger numbers.

The stories here differ. According to Lafayette, the mob attacked their fellow citizens, assassinated several of his guardsmen, and at one point, fired directly at him. Thus, he returned fire.

Others, of course, claim that there were nothing but innocent men, women, and children on the Champs de Mars that day and Lafayette fired on the crowd to prevent governmental reform.

One must not be too credulous about a man who had just put his fine and noble reputation behind the lie of the king’s “kidnapping.” But in other situations when Lafayette was faced with similar circumstances, even at threat to his own life, he always chose to defend the life of innocents. Therefore, it seems extremely out of character for him to fire on innocents with any nefarious intent. I don’t think of him as the architect of a massacre, and I suspect the idea bothered him until his dying day.

One thing that is often neglected in this story is that while all this violence was going on at the Champs de Mars, a mob of angry people rushed to Lafayette’s home where his wife and children resided and threatened to kill Adrienne. For her part, she thanked God that if the mob was coming to kill her, they must not yet have defeated her husband.