by Stephanie Dray | Nov 2, 2011 | Articles, Cleopatra Selene, Daughters of the Nile, For Readers, Heroines, Lily of the Nile, Miscellany, Research, Song of the Nile | 5 comments 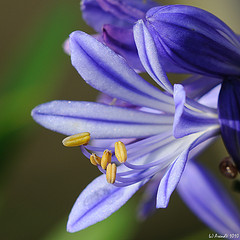 For much of its history, Rome depended upon Egypt for grain. While the Romans considered themselves an agricultural nation, and paid great homage to farming in literature, poetry, and art, the simple truth was that they couldn’t feed themselves.

By the time Cleopatra rolled herself out of a carpet at Julius Caesar’s feet, Egyptian exports accounted for fully a third of the 16.8 million bushels of grain brought to Rome. In short, whoever controlled Egypt could starve the world, which is why it was so important to warring Roman Generals.

However, by the time Augustus Caesar conquered Egypt, the needs of the Roman empire had far outstripped even the grain that Egypt could produce. (And some might argue that with a conquered Queen Cleopatra having committed suicide, there wasn’t anyone competent enough at the helm to turn Egypt into the bigger bread-basket it needed to be.)

That meant that Rome’s first emperor had to find a new way to feed his people, and he had to find it fast. He found a partial solution in Cleopatra’s daughter.

Though she’d been captured as a prisoner of war at the age of nine and marched through the streets in chains, the orphaned Cleopatra Selene was taken in by the emperor’s sister, Octavia, and became one of the favorites in the emperor’s household. At the age of fourteen, she was too dangerous to be married off to a fellow Roman who might take up the mantle of the Antonians. She was also far too dangerous to send back to Egypt where she might be immediately hailed as queen the moment her foot touched the shore.

The wily emperor had other plans for her.

He married her off to Juba II, an orphaned Numidian princeling and sent the couple to North Africa to rule over the Kingdom of Mauretania (modern day Morocco, Tunisia & Algeria).

It made good sense to send Cleopatra Selene to the western frontier of the empire. For one, it got her out of Rome, where her father’s old partisans might use her to stir up trouble. Mauretania was also far away from Selene’s native Egypt, where she might be tempted by her mother’s old allies into rebellion against the emperor.

But beyond political reasons, it made good sense to send Cleopatra Selene to Mauretania because the country was thought to be an untapped resource. Though the kingdom was considered still wild and barbarous, the emperor believed it could be turned into a sea of grain-fields that would help sustain his empire–if only the right people were put in charge of it.

This is where Cleopatra Selene was instrumental. As the last Ptolemaic queen anywhere in the world, her name carried with it a certain prestige. Though Hellenistic rulers were monarchs, they aimed to rule through a concept of harmonia–an idea adopted by Alexander the Great that the conquered and the conquering peoples should mingle and show respect for one another’s ways.

It may have been believed that Selene would soften the blow to the natives in having to be ruled by a thoroughly Romanized king like Juba II.

Moreover, Cleopatra Selene was closely linked with the goddess Isis and appears to have been a proponent of her faith even when it wasn’t politically expedient to do so. Isis was the great mother goddess, linked inextricably with the production of grain. Selene adopted Isis as her patron goddess, promoted her on the coins of the realm, and built a giant Iseum in Mauretania.

Pastures were divided up, distributed to Roman veterans and other land owners, and put to the plow. But the task of turning her new kingdom into a grain factory wasn’t easy. Unlike the Egypt of her birth, Mauretania had no central river like the Nile to flood the farm lands with fertile black soil. Farming in ancient Mauretania, then as now, depended on the rain.

First, the autumn rains were necessary to soften the soil for farming. Crops weren’t harvested in the autumn but sown then. Next, a spectacular springtime rainy season was necessary to help the sprouted plants grow big and verdant in time for a summer harvest. (Of course, the climate of this area was probably a little different in the ancient world then than it is now, and the Julian calendar was relatively recently adopted in ancient Mauretania, so it’s impossible to say exactly when the growing seasons were. However, in modern times, wheat is harvested there from May to August.)

Once the summer harvest was in, it was a race to get the grain loaded onto ships to Rome. The winter seas were a perilous crossing to attempt, so the bulk of grain transport ships would want to set sail before November. (See: The Grain Market in the Roman Empire, by Paul Erdkamp.) This was problematic for Cleopatra Selene and her husband Juba, because the harbor they inherited needed to be improved.

In addition to logistical difficulties were the human conflicts. Rome was a colonial power and the new order Cleopatra Selene and Juba II were sent to impose disrupted the normal way of life for the native Berbers who lived in their kingdom. Roman landowners insisted on fencing in their plantations, refusing summer grazing rights to the Berbers who had used the plateaus of Africa to feed their flocks. This loss drove shepherds and other nomadic Berbers farther to the south, towards the desert, and impoverished their lives.

While Selene was alive, the tensions seemed to be balanced and under control. Perhaps she fostered that sense of Hellenized harmonia, because though the Romans in Africa Nova provoked a war with the native Garamante tribes, the Berbers in Mauretania seem to have been largely pacified.

All of this changed, of course, after Selene’s death. Facing ever more encroachment from farmers, Berber tribesmen eventually banded together in rebellion against both Rome and against the King of Mauretania. Their leader was Tacfarinas, and the war would go on for ten years.

Ultimately, the need for grain won out. And in conjunction with the province of Africa Nova, Mauretania would help provide enough food to feed Rome for eight months of the year–Egypt accounting for the other four.