Finding, or Remembering, Your Voice 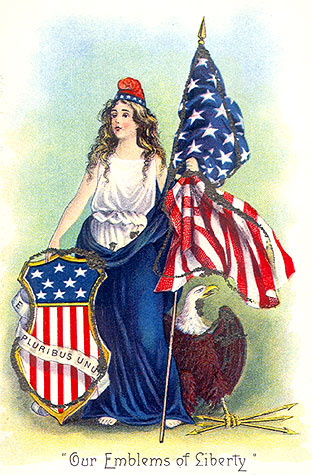 When it comes to books, readers and publishers are all suckers for a strong voice. A strong voice can sometimes overcome plot holes and otherwise weak writing. And a weak voice can sink an otherwise competently written book into obscurity. But what is voice? Sometimes it feels like one of those “I know it when I see it” situations.

A voice is a style–and it’s also the quirks that make it so that a reader can stumble on this passage and immediately know who wrote it.

To be, or not to be, that is the question:
Whether ’tis Nobler in the mind to suffer
The Slings and Arrows of outrageous Fortune,
Or to take Arms against a Sea of troubles,
And by opposing end them: to die

That’s Billy Shakespeare right there. You may be tempted to argue that I’m cheating; that the archaic nature of Shakespeare’s plays set him apart. But almost all the greats had a distinct style. Hemingway writes so simply you’d think he had a grudge match against adjectives. Mark Twain could never resist dialect and you can almost imagine the satirical smirk behind his words. Stephen King can be horrifically vivid. Some of this is planned–no doubt. Part of the art. But some of it comes from who these people are. A conversation with Twain would likely elicit the same smirk.

Your own voice as a writer can be found, in part, wherever your friends and family read a passage and say, “I could hear you saying this.” But that’s not quite precise enough, especially not for the historical author who often has to evoke speech patterns very different from her own. Oh, sure, after writing something set in the 1920s I thought everything was “the cat’s meow” but in real life, I still generally speak like a person from this century, not the last. What’s more, due to the nature of collaborative projects I’ve been working on, I often have to make my voice fit in with the whole. Yet, I’ve never forgotten my voice during a collaborative project. I have, however, lost my way while tackling a new project or new time period.

This happened to me recently–where I read something I wrote and realized that it wasn’t me. The book has been fighting me all the way and I began to wonder if it was because I’d forgotten my own voice. So I asked myself the following questions:

In terms of what readers have come to expect from me: a touch of the spiritual, big themes, deep emotions, intimate prose, intense scholarship. What tone do I strike? Generally a serious, sometimes even philosophical one. My heroines–even a certain little Roman prostitute–think hard about their place in the world. As for the themes, well, I’m always finding the symbols that connect our world to the past. In particular, I love to find the source of arguments that we’re still having today. In the Nile trilogy, I found the tension between “old fashioned family values” and the rights of women. In America’s First Daughter, Laura and I explored many of the things we’re still fighting about today, including what it really means to be equal.
The voice that is authentically mine, no matter what time period I write about, is a voice of consequence. My heroines are almost all larger than life–and know that they are. I write about queens and first ladies and women at the center of the political storm, so it occurred to me that starting with the least stereotypically important character in my book was likely to make a reader wonder what I was up to.
Remembering all these things about my writing helped me to craft one of the best scenes I’ve written in a while–one that is going to help me frame my new book. I’m feeling very good about it. And I’m betting if you try the same thing, it’ll help you too. But you might ask, what if I don’t already have readers to expect anything from me? What if I haven’t established an authentic writing voice yet? Never fear! This is the time to start thinking about what you want your readers to expect from you. What themes are important to you, and so on. What tone do you want to strike–not just in this book, but in all the ones to follow?
Happy writing!