Chocolate in the 18th & 19th Centuries and Other Bloopers 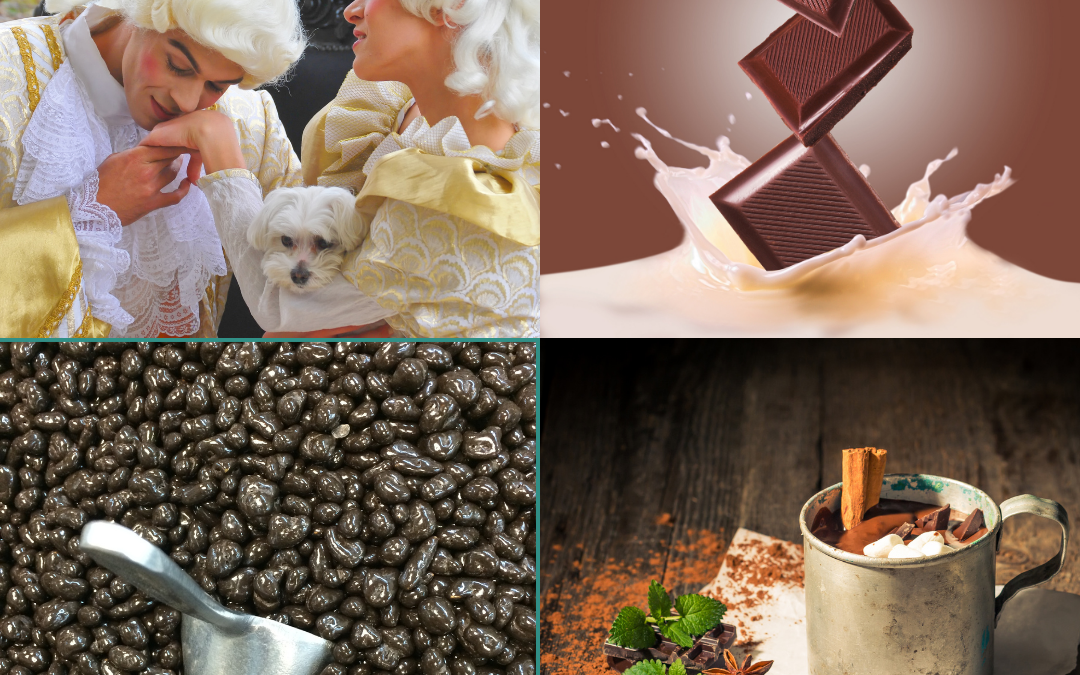 Here’s one for the blooper file. As I understand it, the chocolate we know it today was not invented until 1847. Until then, chocolate was known and enjoyed as a drink. So why, then, do edible chocolates appear at the end of the 18th century in both America’s First Daughter and The Women of Chateau Lafayette?

In the case of Patsy Jefferson and William Short’s romance over chocolate in America’s First Daughter, I had read about 18th century upper-class ladies in Paris eating chocolate drops. These were probably cocoa-dusted comfits, not what we would think of chocolates today. Probably a nut or sugar paste dropped in cocoa powder, or, possibly a very crude and rude early form of Crotes de Lapin, named after rabbit droppings, which were notorious for staining the gloves of upper crust ladies.

By the time I was writing The Women of Chateau Lafayette, and Adrienne Lafayette is swanning about Versailles, I had remembered the chocolate, but not the drops. (And for those of you wondering about the pink champagne, it’s older than you think.)

There were a few more mistakes that got by me.

I’ll make these corrections and clarifications in the next edition.