To the ancient Romans, just about everyone was a barbarian. (Except the Greeks, who gave them the word in the first place, not to mention an inferiority complex to go with it.) Whether it was Blue Picts of Scotland or Gallic and Germanic hordes, the Romans generally dehumanized those they made war upon. Such was the case with the native North Africans–the Berbers–who lived in the land Cleopatra Selene and her husband Juba II were sent to rule.

A number of Berber peoples put up a fight. Jugurtha, Juba I, Tacfarinas–all these Berber warriors made a lot of trouble for the Romans. Especially Tacfarinas, who instigated full-scale rebellion after the death of Cleopatra Selene. However, one of the most interesting Berber-Roman wars was the one led by Lucius Cornelius Balbus against the Garamantes. I mention this war in my novel, Song of the Nile.

When I wrote about this conflict, I was at a disadvantage, as we know very little about the Garamantes. Like most of Berber culture before the spread of Islam, their civilization is lost to us. Or at least…it was lost to us. S.L. Stevens recently brought to my attention ground-breaking archeology that could change everything we know, or thought we know, about these “barbaric nomads and troublemakers on the edge of the Roman empire.”

Satellite imagery of Libya suggests that there are castles in the sand…fortifications and cities and artwork. The remains of a highly civilized people. I’m so excited about this! If you are too, I hope you’ll recommend it on Stumble Upon: 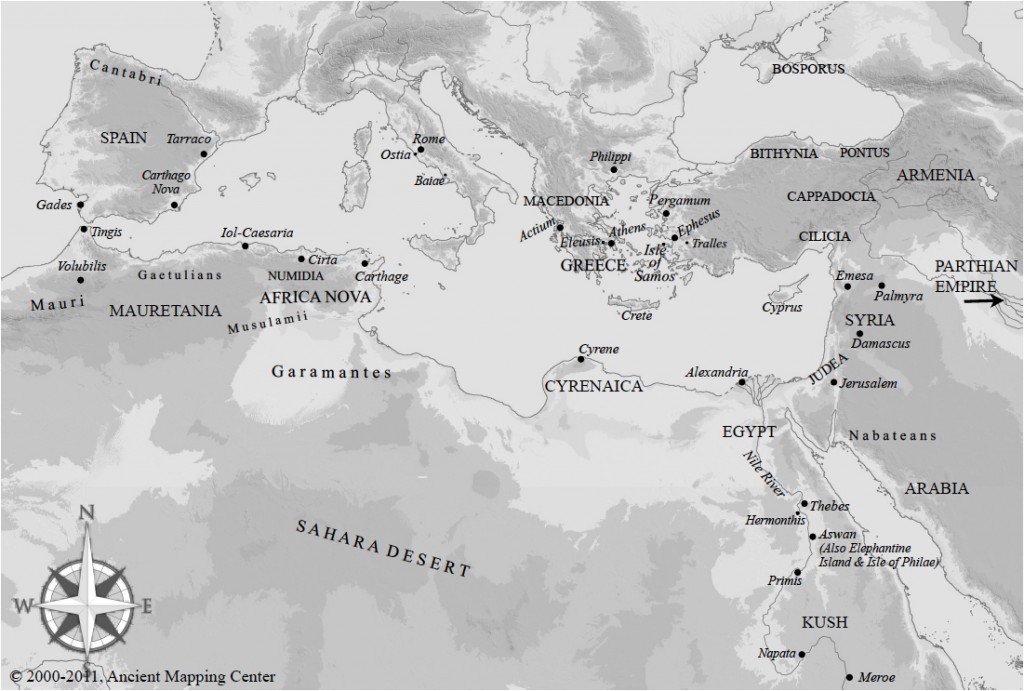