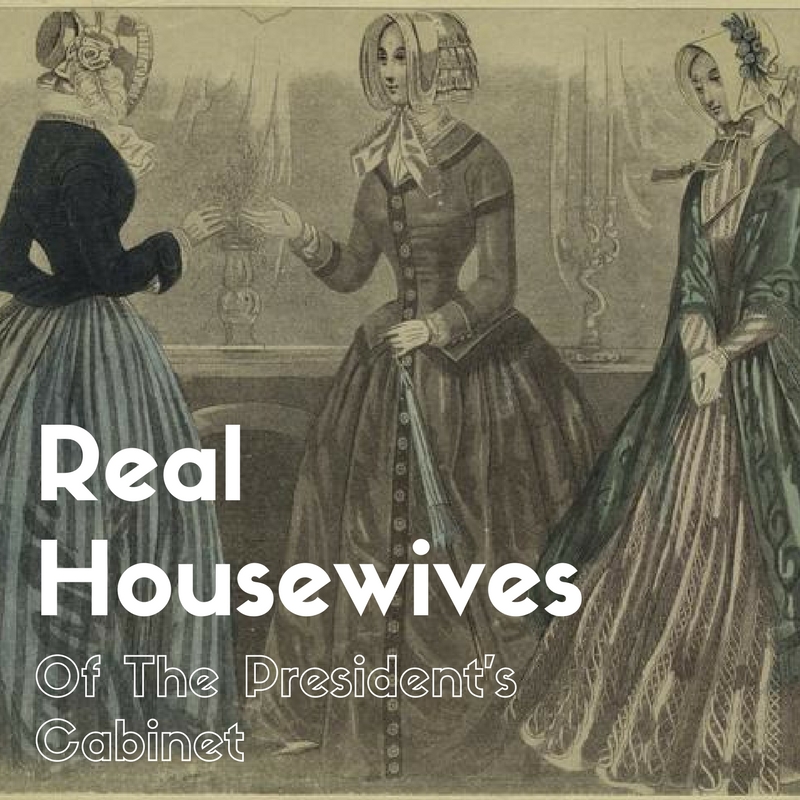 American politics is rough right now. You might’ve lost friends on Facebook. You might’ve lost friends in real life. You might’ve even ended up in a food fight over last Thanksgiving dinner with your drunk uncle. And I don’t want to make light of that, because our challenges are unprecedented and terrifying, and the tensions in families and society are real. Happy talk is cheap. Still, we should distinguish between anxieties for the future and how we relate to our fellow Americans. In short, it’s important to keep perspective when we’re so divided as a nation.

Fortunately, we have history to help us. So break out the schadenfreude and take a little solace in the pain of our ancestors. Here are ten times when American politics were more bitter, violent and divisive than now.

1) The time we fought a civil war.

You can’t get more divided as a country than when we actually divided as a country.  I bet the Thanksgiving dinners back then were horrific beyond our imagination! As CivilWar.org explains, “Roughly 1,264,000 American soldiers have died in the nation’s wars–620,000 in the Civil War and 644,000 in all other conflicts.” That’s super, super bad. In 1798 Hamiltonian Federalist Congressman Roger Griswold taunted the Jeffersonian Congressman Matthew Lyon for alleged draft-dodging during the Revolutionary War. As a so-called man of the people, what could Lyon do but spit tobacco juice at him? In retaliation, Griswold struck Lyon with a cane, and Lyon fended him off with a pair of fire tongs. Good times. 3) The time a pro-slavery congressman beat an abolitionist senator unconscious.

It happened again in 1851, when South Carolina Congressman Preston Brooks stormed into the senate chamber and used a cane to beat the snot out of Massachusetts Senator Charles Sumner. The reason? Sumner had accused the congressman’s cousin of  taking an ugly mistress, “the harlot, Slavery.” Worse, even after the attacker was forced to resign for shedding blood on the senate floor, he was re-elected to congress. 4) The time it was illegal to insult the president.

There was a time in our history under the Alien and Sedition Acts when newspapermen in the land of a supposedly free press were literally tried, jailed and fined for insulting the president. And truth wasn’t a defense! One of those journalists, James Callendar, was later found drowned in the James River under suspicious circumstances. And oh, remember Congressman Lyon, the guy who got into cane-and-fire-tong-fight? He said President Adams had “unbounded thirst for ridiculous pomp, foolish adulation, and self avarice.” He was sent to jail for it, and his constituents actually re-elected him from his prison cell. 5) The time a presidential administration fell apart because of mean girls.

Bet you can’t conceive of the business of the country coming to a standstill because the wife of one politician thought the wife of another politician was a whore. And yet, it pretty much happened like that. One might not think a president who once shot a man in the heart in a duel would turn out to be the kind of softie to care if the ladies were picking on the wife of his Secretary of War. But he cared a lot, and things got so bad during the so-called Petticoat Affair, that Andrew Jackson’s whole cabinet resigned. 6) The time the presidential election was a tie.

They called it the Revolution of 1800 when power passed, for the first time, from one political party to another. And that’s partly because people really feared Thomas Jefferson was a godless radical who would bring the guillotine to America. Folks literally hid their bibles. And to make matters more stressful for everybody, Jefferson didn’t win the presidency outright. It was a tie between Jefferson and the vice presidential candidate, Aaron Burr. (Back then that could happen.) The election was thrown to the House of Representatives, held by Federalists, all of whom seemed happy to make mischief by thwarting the will of the voters. The congressmen voted 36 times before the matter was decided. Can you imagine the circus if it’d been televised? 7) The time Americans cheered the burning of the White House.

Okay, so not all of them, obviously. But, according to Dolley Madison, Federalists were on the British side during the war of 1812 and their doctors were treating British soldiers before Americans while the white house (then called the presidential mansion) was in flames. That’s bitter partisanship for you. 8) The time people got massacred for trying to protect election results.

The Colfax Massacre in Louisiana is complicated and saturated with racial animosity. But the basic gist is this. Some anti-slavery Republicans won some elections. Bitter white democrats tried to stop them from being seated. The Republicans took charge over the local courthouse to take their oaths of office. They were defended by black republicans, including veterans of the war. And that’s where they were all massacred by white democrats.  Even after they surrendered. So, that’s one time when elections didn’t have consequences. Or at least, not the ones they were supposed, by moral right, to have. 9) The time we outlawed a political party.

We’ve had a couple Red Scares in this country. But in 1954 at the height of the McCarthyism, after jailing and persecuting actors, moviemakers, and other artists before the House Un-American Activities Committee, Congress outlawed the Communist Party. As it happens, Aaron Burr isn’t the only Vice President in American history to shoot someone. But he does have the distinction of having ruined his own political career by shooting and killing Alexander Hamilton at ten paces after the latter refused to apologize for uttering some “despicable opinion” about him. These days our politicians duke it out in highly rehearsed debates where they might call each other names, or do something even less dignified, but at least it’s not pistols at dawn! (On the other hand, if pistols were a threat, perhaps they’d be better behaved.)

All that said, things can get worse, so stay involved! Vote. Vote. Vote.